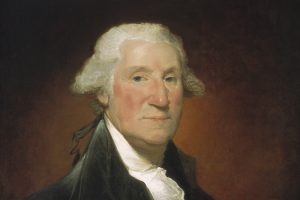 The Trouble with Teeth

Separate fact from fiction and learn more about George Washington and his troublesome teeth. Were his dentures really made of wood?

1. Washington was afflicted with dental troubles all his adult life

Despite his legendary physical strength and iron constitution, George Washington’s failing teeth were a source of regular suffering. At age 24, Washington recorded in his diary that he paid 5 shillings to a “Doctr Watson” who removed one of his teeth. Letters and diary entries later in his life make regular reference to aching teeth, lost teeth, inflamed gums, ill-fitting dentures, and a host of other dental miseries. Payments to dentists and purchases of toothbrushes, teeth scrapers, denture files, toothache medication, and cleaning solutions are also regularly present in Washington’s communications throughout his life.

2. Contrary to popular mythology, George Washington’s dentures were not made of wood

One of the most enduring myths about George Washington is that his dentures were made of wood. It’s quite possible that some of his dentures, particularly after they had been stained, took on a wooden complexion, but wood was never used in the construction of any of his dental fittings.

3. By the time of his Presidential inauguration in 1789, Washington had only one working tooth remaining

Despite all his attempts to save his remaining teeth, Washington was down to just one tooth at the time of his inauguration as the first President of the United States. This final survivor was finally pulled by Dr. John Greenwood in 1796 and Washington allowed his dentist to retain this famous tooth as a memento. Greenwood eventually had the tooth inserted into a small glass display that he hung from his watch chain.

Martha Washington evidently had a magnificent set of teeth, but she too later needed the use of a partial denture by the time of George Washington’s second presidential term. In 1794 Martha wrote to request a new set of dentures.

“Mrs[.] Washington will be much obliged to Mr[.] Whitelock to make for her a set of teeth – to make them something bigger and thicker in the front and a small matter longer[.] She will be very glad if he will do them as those she has is almost broak [sic][.]”

Well aware of her husband’s travails, Martha regularly urged her children and grandchildren to tend to the care of their teeth.

Read the full article The Trouble with Teeth at mountvernon.org