Data from a double-blind, placebo controlled trial indicated that the probiotic ice cream was associated with significant reductions in counts of Streptococcus mutans in children of 6-12 years after seven days, and these reductions were maintained until day 30 even though the ice cream was stopped after one week.

On the other hand, the effects were not maintained six months after the inte 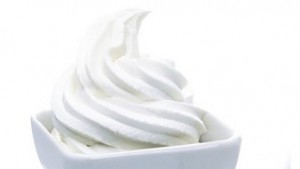 rvention, indicating that, “for long term reduction of salivary S. mutans levels, the ingestion of probiotic organisms should be given for longer intervals”, wrote the researchers in the Journal of Clinical & Diagnostic Research.

As reported in a special edition last year by NutraIngredients-USA, there are several different avenues for researchers to explore for probiotics to beneficially impact oral health, ranging from reducing dental plaque-related diseases, such as caries, gingivitis and periodontitis, or even reducing bad breath (halitosis).

Much of the research into the oral health benefits of probiotics has focused on S. mutans, the main bacteria associated with tooth decay. S. mutans binds to teeth via aggregation forming dental plaque. The bacteria then convert sugar to acid, which attacks the enamel of the teeth.

A recent review of 23 randomized clinical trials for probiotics and oral health in Nutrients (Vol. 5, pp. 2530-2550) concluded: “The use of probiotic strains for caries prevention showed promising results even if only few studies have demonstrated clear clinical outcomes.

Scientists from Kannur Dental College and Navodaya Dental College recruited 60 children to participate in their study. The children were divided into two groups; one fed the probiotic ice cream, and the other an identical ice cream without probiotics. B. lactisBb-12 and L. acidophilus La-5 were given at a dose of one million colony forming units each.

Saliva samples taken after seven days of intervention indicated that the probiotic ice cream resulted in significant reductions in S. mutanscounts, and such reductions were also observed after a 30 day ‘washout period’.

However, no significant effects were observed in the control ice-cream group.

“Although the mechanism of action are unclear, various short term studies using different probiotic containing products especially dairy products including ours, concluded that there is definitive effect of probiotic organisms in reducing the salivary levels of Streptococcus mutans for short time,” wrote the researchers.