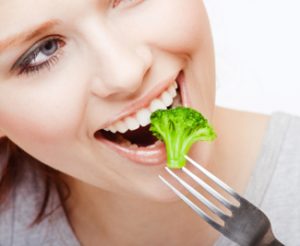 Broccoli has been recommended by dieticians for years in view of its rich vitamin and fiber contents. However a new study has now revealed that the vegetable may also soon protect people from head and neck cancer.

According to scientists, cruciferous vegetables like broccoli may in the future be used as a part of ‘green chemoprevention’, in what is being accounted as a new treatment method towards fighting cancer.

Researchers from the University Of Pittsburgh Cancer Institute (UPCI) used broccoli sprout extracts to provide protection from oral cancer in mice. Encouraged by the results, the team is planning to expand clinical trials to humans who are at high risk for neck and head cancer.

“People who are cured of head and neck cancer are still at very high risk for a second cancer in their mouth or throat, and, unfortunately, these second cancers are commonly fatal,” said lead author Julie Bauman, co-director of the UPMC Head and Neck Cancer Center of Excellence.

“So we’re developing a safe, natural molecule found in cruciferous vegetables to protect the oral lining where these cancers form,” Bauman said.

Bauman also extensively collaborated with Dr Johnson to study the effects of sulforaphane on mice which are predisposed to oral cancer.

It should be noted that cruciferous vegetables like cabbage and broccoli are rich in sulforaphane which is known to possess cancer fighting properties.

“The clear benefit of sulforaphane in preventing oral cancer in mice raises hope that this well-tolerated compound also may act to prevent oral cancer in humans who face chronic exposure to environmental pollutants and carcinogens,” said Johnson.

Upcoming trials will include 40 participants who have received curative treatment for head and neck cancer. They will be provided with capsules containing powered broccoli.

“We call this ‘green chemoprevention’, where simple seed preparations or plant extracts are used to prevent disease. Green chemoprevention requires less money and fewer resources than a traditional pharmaceutical study, and could be more easily disseminated in developing countries where head and neck cancer is a significant problem,” Bauman said.
http://www.newseveryday.com/articles/14127/20150420/broccoli-provide-protection-head-neck-cancer.htm

Tagged Dr. Allyson DrewDr. Jason DrewDrew Dentaloral canceroral health
Going to the Dentist is a very personal and sometimes scary prospect. I have been going to Drew Dental for many years. They treat EVERY Client with Friendliness, Fairness, and Professionalism. The office staff will answer your call or greet you with Kindness and Efficiency. Cleanings are Super clean and the Dental assistants are Top Notch. Drs. Jason and Allyson are just about the Kindest People you will ever Meet, They are really working to understand your Needs and then using the most Current and Cutting Edge Technology and Skill to make sure your Mouth, Teeth and Gums Receive the Attention and Care they Require...All, with a SMILE...Thank You Very Much Drew Dental
SkipAptos
Fabulous Dental Office!! The staff are welcoming, friendly & efficient. The early office hours make it easier to schedule appointments. But what I really love is that the dentist and hygienist take the time to thoroughly explain what procedure they are doing, why it is needed and the overall health of your teeth and gums. No pressure for "extra" procedures. Give them a try!!
Kim DeChicchio-SanchezAptos
My family and I have been patients of Drew Dental for a few years and all of our dental care experiences have exceeded expectation. The front office staff is friendly, welcoming, and helpful with arranging appointments and billing terms. Their dental hygienists are professional and seem deeply committed to long term dental health. Dr. Jason Drew has fixed my cavities, installed crowns, and he is now helping me through the process of getting a dental implant. It is important to note that I have never experienced pain or discomfort during these procedures. Most importantly, my children have enjoyed their visits to Drew Dental as well. Dr. Allyson and Jason Drew have kids of their own and it shows with the care they have provided my kiddos.
Dustin McKenzieAptos
I recently had the good fortune of becoming a patient of Aptos dentist, Dr. Jason Drew. My dentist in Santa Cruz had retired and I sought care closer to home. Dr. Drew and his staff have been extraordinarily thorough, caring and thoughtful. I have been impressed with his competence in the use of recent technology having benefited from a crown which was made and fitted in a single painless appointment. I have strongly recommended him to family and friends.
A ColenAptos
Previous
Next