Bacteria in your mouth may trigger arthritis 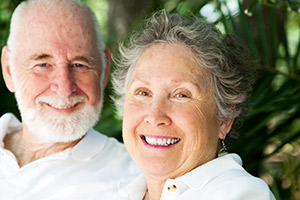 The bacteria that cause chronic gum infections may also trigger the autoimmune inflammation in rheumatoid arthritis (RA), new evidence suggests.

The new findings could have important implications for prevention and treatment of RA, the researchers say.

In the journal Science Translational Medicine, the investigators identify the common denominator in gum disease and in many people with RA as Aggregatibacter actinomycetemcomitans. Infection with the bacteria appears to cause overproduction of citrullinated proteins, suspected of activating the immune system and driving the cascade of events leading to RA.

“This is like putting together the last few pieces of a complicated jigsaw puzzle that has been worked on for many years,” says Felipe Andrade, senior investigator and associate professor of medicine at the Johns Hopkins University School of Medicine.

“This research may be the closest we’ve come to uncovering the root cause of RA,” adds lead author Maximilian Konig, a former Johns Hopkins scientist now at Massachusetts General Hospital.

About 1.5 million people nationwide live with rheumatoid arthritis, the Centers for Disease Control and Prevention say. Steroids, immunotherapy drugs, and physical therapy can reduce or slow its crippling, painful joint deformities, but not in all patients.

Medical investigators have observed a clinical association between periodontal disease and RA since the early 1900s, and came to suspect that they might have a common trigger. In the last decade, studies have focused on a bacterium known as Porphyromonas gingivalis, found in patients with gum disease.

Andrade’s team could not find a link from P. gingivalis to RA, but has kept looking for other potential bacterial drivers.

In the gums and in the joints

The team found that a process similar to one previously observed in the joints of patients with RA was occurring in the gums of patients with periodontal disease. This common denominator is called hypercitrullination.

Citrullination is a natural protein regulatory process in everyone, Andrade says. But in people with RA, the process is overactive, resulting in abnormal levels of citrullinated proteins. That triggers production of antibodies that create inflammation and attack a person’s own tissues, the hallmark of RA.

Among bacteria associated with periodontal disease, the research team found that A. actinomycetemcomitans was the only one able to induce hypercitrullination in neutrophils, a white blood cell and part of the immune system. Neutrophils are the most abundant inflammatory cells found in both the joints of patients with RA and the gums of periodontal disease sufferers, the researchers say.

Andrade cautioned that more than 50 percent of study participants who had RA had no evidence of infection with A. actinomycetemcomitans. That, he says, may indicate that other bacteria in the gut, lung, or elsewhere can also induce hypercitrullination.

The study only looked at patients at a single point in time, when they already had RA. Onset and evolution of the disease in a patient can take decades. To determine if A. actinomycetemcomitans causes RA, more research is needed, the Johns Hopkins team says. The hope, however, is to eventually “prevent rather than just intervene” in rheumatoid arthritis, Andrade says.

Tagged Aptos DentistDr. Allyson DrewDr. Jason DrewDrew DentalOral Hygiene
Going to the Dentist is a very personal and sometimes scary prospect. I have been going to Drew Dental for many years. They treat EVERY Client with Friendliness, Fairness, and Professionalism. The office staff will answer your call or greet you with Kindness and Efficiency. Cleanings are Super clean and the Dental assistants are Top Notch. Drs. Jason and Allyson are just about the Kindest People you will ever Meet, They are really working to understand your Needs and then using the most Current and Cutting Edge Technology and Skill to make sure your Mouth, Teeth and Gums Receive the Attention and Care they Require...All, with a SMILE...Thank You Very Much Drew Dental
SkipAptos
Fabulous Dental Office!! The staff are welcoming, friendly & efficient. The early office hours make it easier to schedule appointments. But what I really love is that the dentist and hygienist take the time to thoroughly explain what procedure they are doing, why it is needed and the overall health of your teeth and gums. No pressure for "extra" procedures. Give them a try!!
Kim DeChicchio-SanchezAptos
My family and I have been patients of Drew Dental for a few years and all of our dental care experiences have exceeded expectation. The front office staff is friendly, welcoming, and helpful with arranging appointments and billing terms. Their dental hygienists are professional and seem deeply committed to long term dental health. Dr. Jason Drew has fixed my cavities, installed crowns, and he is now helping me through the process of getting a dental implant. It is important to note that I have never experienced pain or discomfort during these procedures. Most importantly, my children have enjoyed their visits to Drew Dental as well. Dr. Allyson and Jason Drew have kids of their own and it shows with the care they have provided my kiddos.
Dustin McKenzieAptos
I recently had the good fortune of becoming a patient of Aptos dentist, Dr. Jason Drew. My dentist in Santa Cruz had retired and I sought care closer to home. Dr. Drew and his staff have been extraordinarily thorough, caring and thoughtful. I have been impressed with his competence in the use of recent technology having benefited from a crown which was made and fitted in a single painless appointment. I have strongly recommended him to family and friends.
A ColenAptos
Previous
Next