Watch out for Sleepwalking, Bedwetting, Snoring and Other Signs in Your Child Sleepwalking may affect about 10 percent of children at least once between the ages of 3 and 10. It peaks around the age of 5 and becomes less frequent through adolescence. Sleepwalking may be associated with confusional arousal. When this occurs, the child seems to awaken but remains in a subconscious, confused state. These episodes most often occur in the first third of the night, often out of slow-wave sleep.

Although the cause of sleepwalking may not always be apparent, it seems that it may sometimes occur as a consequence of sleep apnea. Sleep apnea can lead to brief awakenings to resume breathing, and this fragmentation of sleep may lead to a state of consciousness that can make sleepwalking more likely. (Incidentally, restless legs syndrome and periodic limb movement disorder may also provoke this behavior.)

There is something disturbing about hearing someone grind their teeth. It may send a shiver down your spine, but can it be a sign of sleep apnea? Teeth grinding, or bruxism, may actually occur in this context.

Sleep apnea frequently occurs when the soft tissues (tonsils, adenoids, soft palate, and tongue) at the back of the throat block the airway. Clenching, gnashing, or grinding teeth may be a way that the body subconsciously maintains an open airway. It tightens the muscles in the jaw, tongue, and, to a lesser extent, along the airway. This may prevent a collapse or blockage of the airway that so often characterizes sleep apnea.

If this intermittently increased muscle tone is seen in combination with breathing events on a sleep study, the association is more firmly established. Though mouth guards may help prevent damage to teeth, treating the cause is preferred.

Children often wet the bed at night, but it is considered to be a problem if it occurs twice per week beyond the age of 5 years old. Sleep enuresis, as it is called, typically affects boys more and it may be present in 3 to 30 percent of children aged 4 to 12 years. It occurs during slow-wave sleep when there is a failure to awaken when the bladder is full.

Although it may be due to infection, stress, caffeine, or other medical conditions, bedwetting also can be a sign of sleep apnea. Fortunately, for those children who have bedwetting due to sleep apnea, treatment will often help it to go away.

Unless feverish in the setting of an illness, it is not normal for children to regularly wake up drenched in sweat. If pajamas, sheets, or blankets are soaked through, this may be evidence that your child is struggling to breathe during sleep. This can be similar to intense aerobic exercise, and it is hard work when rest should be obtained.

Sleep apnea is often associated with decreased oxygen levels, spikes in blood pressure and heart rate, and a burst of stress hormone. When this occurs frequently in children’s sleep, excessive sweating may also occur and you may find evidence of the struggle in the morning.

It can be somewhat of a family joke: How restless a little sleeper can be! Unfortunately, extremely restless sleep in a child may be another sign of struggles during the night. When breathing becomes difficult, as it does in sleep apnea, this may manifest in excessive movements in sleep. If the covers are twisted into a ball at the base of the bed or on the floor in the morning, this could be a sign of distress.

Sleep apnea may also manifest in unusual sleep positions. Your child may frequently switch sleep positions in an attempt to find a way to sleep—and breathe—simultaneously. Children may be found upside down in bed or parallel to the headboard. They may even prop themselves up in unusual ways to try to splint the airway open. Moreover, restless sleep is often not of optimal quality, and it likely suggests the need for proper evaluation by a sleep specialist.

As a rule of thumb, children should never chronically snore. Certainly, an occasional snore may occur in the context of an upper respiratory infection like a cold, but if it occurs otherwise, this is a problem. Chronic snoring is a sign of an abnormal flow of air through the upper airway that extends from the nose and mouth to the lungs. It is turbulence in this passage that produces the sound. It may occur due to allergies, enlarged tonsils or adenoids, and other problems that can be fixed. Snoring often walks hand-in-hand with sleep apnea, and if your child snores, it is important to look for sleep apnea, too.

Every time you bring your child to the pediatrician, weight and height are measured, recorded, and often graphed onto a page called a growth curve. This curve shows percentiles of these measures, making comparisons to a larger population based on age and sex. For example, a tall and thin child may be in the 90th percentile for height and 40th percentile for weight. It is believed that these pre-programmed characteristics are genetically based, inherited from mom and dad. Given proper nutrition and general health, these percentiles often remain stable throughout development.

However, when a child “falls off the growth curve” this may be a sign of trouble. It often represents difficulty feeding in infants, but it may also occur due to sleep apnea in older children. Slow-wave sleep (often mentioned and quite important in children) is when growth hormone is released. This aids in normal growth and development. When this sleep is disrupted, as occurs in sleep apnea, less growth hormone is released. As a result, children do not reach their full potential and end up being shorter than they would be otherwise. Fortunately, treatment of sleep apnea can be highly effective to reverse this loss and children will often rejoin their prior growth trajectory on the graph.

At some point, it is normal for children to stop taking naps. If they don’t, this could suggest a problem with the quantity or quality of sleep that they are getting. At 12 months, many infants only nap once or twice per day, often in the late morning or early afternoon. These naps may last 1 or 2 hours. Within 6 months, daytime naps may reduce to just once a day.

By the time children start school, naps tend to go away. If they don’t, or if they creep back in, this could be a sign of sleep apnea. It is very unusual for older children to require naps during the day, and excessive daytime sleepiness among this group requires further evaluation.

Attention deficit hyperactivity disorder (ADHD) is a fairly common diagnosis in children, and sleep apnea may be one of the more common contributing causes of the condition. Children with ADHD experience difficulty paying attention, hyperactive behaviors, forgetfulness, poor impulse control or impulsivity, and distractibility. This may affect school performance. Interesting, children with sleep problems have a paradoxical response. Rather than being sleepy, like adults, they often are instead hyperactive. This may help them to stay awake.

Problems related to concentration and attention are common manifestations of disturbed sleep. About 1 in 3 children with ADHD snore compared to just 10 percent of those without the diagnosis. Therefore, symptoms suggestive of ADHD should also prompt a careful sleep assessment.

Finally, mouth breathing may be a sign of the existence of (or risk of developing) sleep apnea in children. Humans are obligate nasal breathers, meaning that we are meant to breathe through our nose. If the nose is chronically obstructed due to allergies or a deviated nasal septum, mouth breathing may result.

By breathing through the mouth, the muscles of the jaw are in a relaxed position. This leads to an elongation of the face over time. It also can contribute to weakness in the tongue and other muscles of the oropharynx (mouth and throat). As a result, snoring and sleep apnea may more likely occur in mouth-breathers.
A Word From Verywell

If you are concerned that your child may have surprising signs suggestive of sleep apnea, start by speaking with your pediatrician. If appropriate, a referral to a sleep specialist can be arranged to evaluate these concerns and ensure that the best sleep and quality of life can be obtained. 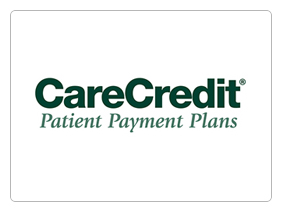